The Needs of Our Time: On Reverse Globalization 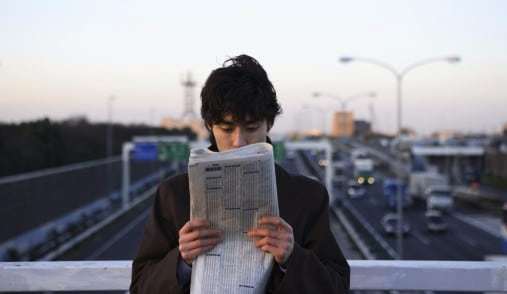 “Be anxiously concerned with the needs of the age ye live in, and center your deliberations on its exigencies[i] and requirements.”

Keeping the Balance in Increased Complexity

To what extent are you reimagining the role you can uniquely play within the modern day of our evolving world? In recent decades, the push of globalization has pulled you from the familiarity of your hometown and into a global work environment where both your career and world financial markets have been born and reborn. As de-globalization becomes the new push, what competencies will you draw from your repertoire to meet the current needs of nations who seem to have reversed their interest in distant regions and diverse races? How you apply your skill sets may make the difference between your own survival, and that of the enterprises in which you believe.

If you need a bit of convincing about globalism going in reverse, think „Brexit“ 2016 [ii] (even in the wave of 2017 “Briturn” sentiment); think the U.S. electorate’s current lean toward a nationalistic narrative that goes so far as to exclude the belief in full rights for all citizens; think Catalonia’s vote to split from Spain just this past month. The phenomenon has also been covered as a 2017 global trend[iii].

It’s time to actively consider how your global competencies are transferable to societies that are in the process of de-globalizing. If a global competence checklist were possible, it might look like the skills, knowledge and attitudes itemized below.

At intercultures, we call it global skills. In a brochure describing OECD’s [iv] proposal for the PISA[v] 2018 Global Competence assessment, global competence is defined as, “the capacity to analyze global and intercultural issues critically and from multiple perspectives…on the basis of a shared respect for human dignity.” However you define it, the competency set that facilitates your own and others’ openness to real and perceived differences represents a resolution for those who seek to essentially close themselves to “foreign” influence because they cannot imagine how else to protect their self-interest.

Here’s a creative brainstorm of a few basic ideas to respond to the de-globalizing mindset:

In short, it’s about innovation. In a 2-minute video trending in recent weeks, author and entrepreneur, Gary Vaynerchuk, encouraged his LinkedIn network of 1.2 million followers to “innovate or die”. Here’s to vitality and continued relevance in the world as we come to know it!

The above article was included in our November 2017 Quarterly intercultures E-Newsletter.

[i] An exigency is a need or demand.
[ii] Brexit is the popular term for the anticipated split of the United Kingdom from the European Union. A June 2016 referendum resulted in a 51.9% vote by the UK electorate to leave the EU (Wikipedia).
[iii] Examples of such news coverage include articles posted by Morgan Stanley; Your Article Library; SustainAbility, and others.
[iv] OCED is the Organisation for Economic Co-Operation and Development.
[v] PICA is OCED’s anticipated Programme for International Student Assessment.
[vi] Anderson, Benedict. Imagined Communities: Reflections on the Origin and Spread of Nationalism. Verso: 1983, 1991.