The „Middle East“ Is Not What You Think 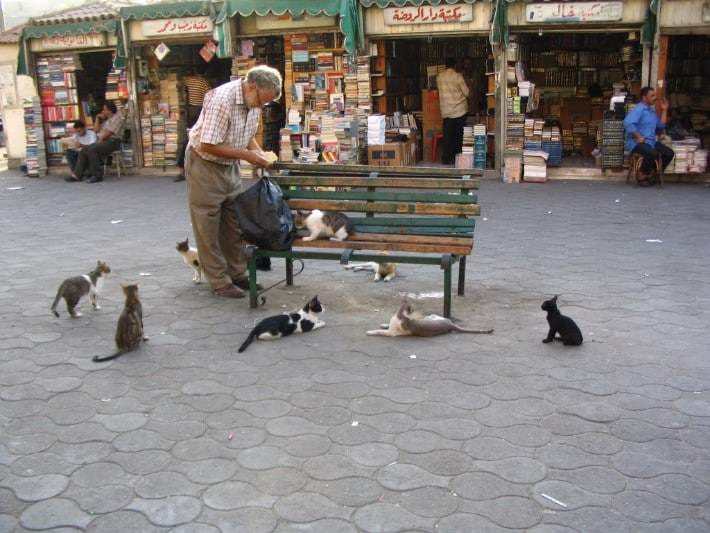 Why does Islam feel significantly incomprehensible to so many?

“This is definitely an important question,“ says intercultures Consultant, Dr. Jana Holla. “It is a very structured religious faith which is easy to comprehend, as much as a belief system can be rationalized. What makes it difficult [for people] is that you have all these negative black and white images that are painted with a very broad brush, and that hinder you from actually understanding what the religion is about. This is what prevents people from getting to know Islam.”

Understanding the roots of our perceptions and stereotypes

Even before being trained as an anthropologist to observe and translate cultural realities, Dr. Holla enjoyed observing and deconstructing. “It’s what I do,” she says. In a few sentences, she makes a credible link between what we may consider long-lost world history and our modern cultural artifacts: “First of all, it’s a heritage that we received from our ancestors. Consider the mutual perceptions and stereotypes that the so-called ‘Middle East’ and ‘Westerners’ have of each other. For ‘Westerners’, the predominantly negative images of the Islamic “enemy” began with the Crusades and persisted during the two centuries of ‘liberation of the Christian lands’. This perception was later transported from Europe with those who migrated to what is now the U.S.”. Today, “the media just picks that up and perpetuates it. How often do you see a positive image—or any ‘normal’ image—of a Muslim family? Or, a Muslim high school teacher? When you look at movies, the villain is often Muslim, and working for a terrorist organization.” Our divided history of common events, separate interpretations and prejudice is indeed a lot to overcome in forging mutual understanding. Though, we don’t have to have to be a Ph.D. in order to understand Islam, its believers and the geographic context in which the religion lives. 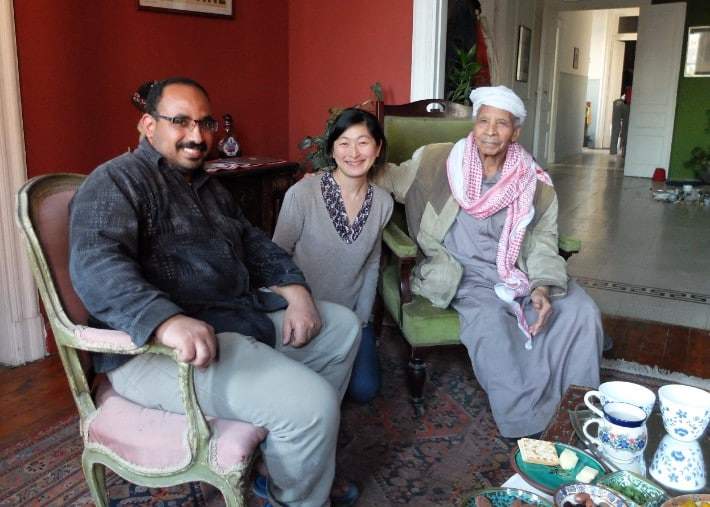 Earlier this month in North America, on the West Coast of the United States, some curious minds got together to open their eyes and improve their image of the Middle East region. Dr. Jana Holla and her long-term colleague, Sherifa Fayez, co-facilitated “Middle East: Meaning, Identity and Discovery”, a one-day workshop in a three-week series of one-to-five-day workshops that made up the 40th annual Summer Institute for Intercultural Communication (SIIC) sponsored by the Intercultural Communication Institute. The learning objectives for their workshop were threefold: 1) Shift from Western to Eastern perspectives through understanding cultural norms from both points of view; 2) More clearly decipher world events that involve Arab cultures; and 3) Explain, analyze, contribute, criticize and share knowledge about the Arab Islamic world. In accompaniment to the small step of the one-time workshop, Dr. Holla hopes that public perception about all matters Middle East/Arab/Islam will be given more attention that “is handled with a certain broadness, and with the aim of understanding instead of feeding ourselves the agenda that best fits our own reality.” 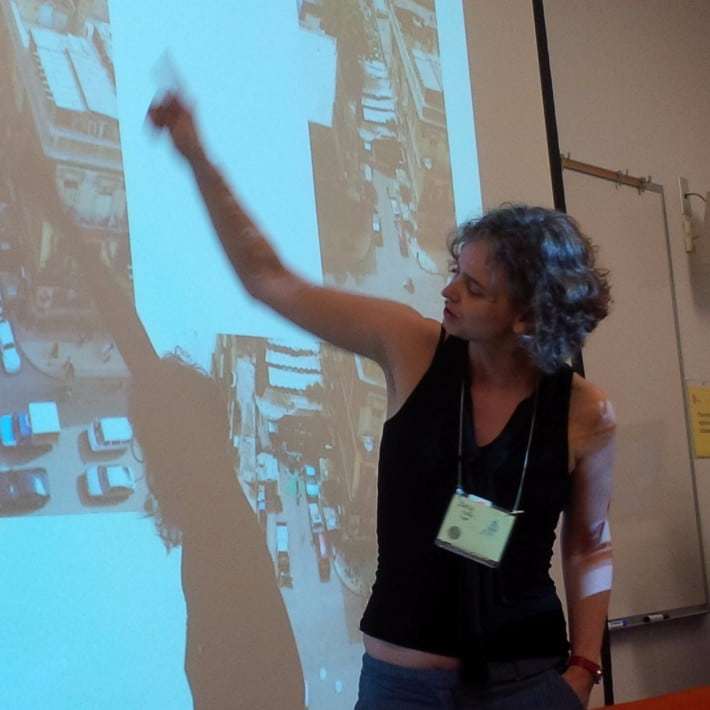 Definitions of basic terms were the first point at which perceptions shifted in the workshop. Here’s a quick reference guide as you, too, may be actively working to give attention to the truth of the region.

Life Back in Egypt

Back in Cairo in her 85-year-old apartment building—and just a few days after returning—Dr. Jana Holla packs her bags for her next set of trainings in Germany. Asked if she feels like a foreigner in her day-to-day life, she remarks, “Oh yes. I do and I don’t”.

She’s lived in Egypt for 12 years and has earned local status despite not “looking the part”. (“I’m white,” says Dr. Holla, “Unfortunately it works here as an advantage”.) Once she engages in conversation (Arabic is her third language), she’s greeted with warm hospitality: “Oh no! Now you’re ours,” she’s been told because of her time spent living in the country. Dr. Holla stresses that, “despite the fact that I don’t belong fully, I don’t have a feeling as though I’m being denied access or that I’m not welcome. That’s actually not true at all…As a female, single expat, it’s perfectly fine to live in the Middle East and the Arab world. It’s an incredibly safe place to live, opposed to what a lot of the people say. I choose to be an expat. I enjoy the lifestyle, and the switching between my own and local behaviors, as the situation requires.”

Adapting to a new culture

At the university where she teaches, Dr. Holla has won over a challenging, new accountant with conversation and Slovakian chocolates. Since the accountant started her new role, she has “totally complicated [Dr. Holla’s] life” with a new paycheck rule that seems to apply only to foreign employees. “At the university where I work, the proverbial Egyptian bureaucracy is at its best, which basically means that nobody knows how it works.” It can be frustrating when there’s no explanation for the multitude of procedures; everyone just knows how to get things done. In such cases, Dr. Holla acts as the Egyptians to creatively solve the matter: “When the accountant failed to follow the old, comfortable ways of doing things, I realized Western logic was not going to work. On my next visit, I brought her a box of chocolates from Slovakia. I asked about her and her family. The next time, I brought her something else.” On her next visit after that, the rule that has complicated Dr. Holla’s life for the last few months was reversed, and the old ways reinstated! While there are sets of rules that need to be obeyed, they’re only followed to a certain extent. In the margin lies space for creative solutions that always involve relationship building—offered authentically. 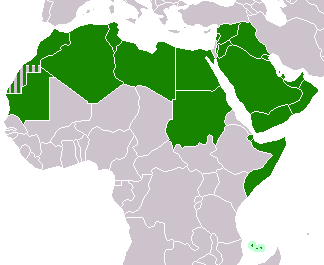 The young people are holding the future

She no longer watches CNN for her news. It’s “one of the worst ones, in my opinion,” says Dr. Holla. All major news outlets have their own agendas, including the Arab Al Jazeera. As is probably applicable in all parts of the world, Dr. Holla recommends a comparison between different sources when consuming news media about the Middle East, the Arab world and the Islamic world, adding that “the Guardian usually does a pretty good job, but it’s important to see who wrote the particular article.” The local Arab media, at least in Egypt, follows the state agenda and is biased, censured and without transparency. While news media in Egypt has the most impact upon those who feed themselves “the agenda that best fits their perceived reality“, the youth have a different vision. “The youth went through the Revolution, and they understand that the government is not necessarily on their side, and that the reality presented by the media is heavily biased”, says Dr. Holla. It’s these young people who inevitably hold the future of the Arab world, so stay tuned. What will come next from the Middle East, and how will you understand it?

[i] An ethno-relative perspective is usually marked by the idea that others who represent cultural difference from the subject acknowledge the validity and complexity of cultures from which they are different. All cultures are relative to one another, with none setting the standard.

Image source: „Muslim population map“ Some Muslims use two terms to identify a distinction between geographies where Islam is predominant and the majority population is Muslim, and those where Islam is the minority: dar el Islam (House of Islam) and dar el gharb (House of the West). These designations are not found directly in the Qur’an (the Islamic holy book), they are a result of Islamic jurisprudence. Roughly, Indonesia, Malaysia and the Middle East are dar el Islam; much of the African continent below North Africa, the Americas, Australia, China, Europe, India, Japan and Russia are dar el gharb. The highest population of Muslims globally is in Asia, home to the world’s most dense population of Muslims in Indonesia. In the Middle East, Egypt is the most populous country and also home to the Arab world’s highest population of Muslims. Image source: Wikimedia.

Image source: „The Arab World“ The Arab world is not the same as the MiddleEast. Located in the region referred to as the Middle East, Afghanistan, Iran (Persia), Pakistan and Turkey speak their own national languages. Image source: Wikimedia.

The above article was included in our July 2016 intercultures e-newsletter.